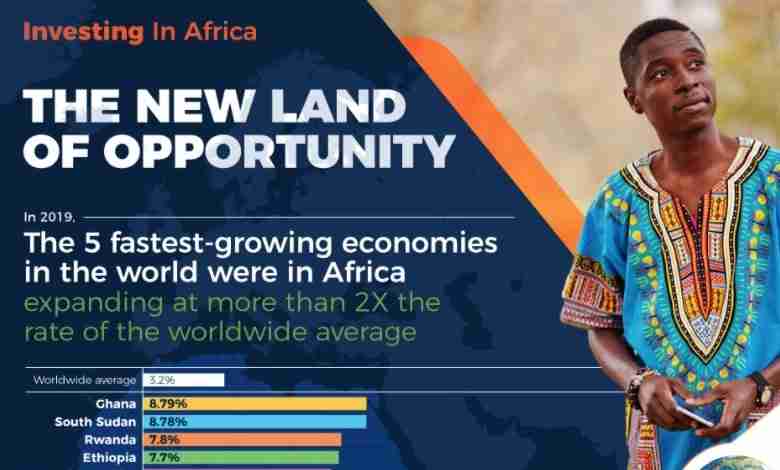 Africa is commonly referred to as a “third world country.”  This common misconception leads to ignorance that could cost developing businesses billions of dollars.

Africa is home to all five of the fastest growing economies in the world.  Ghana, South Sudan, Rwanda, Ethiopia, and the Côte d’Ivoire make up 3.2% of the worldwide average economy. Africa also brings in 3% of the global GDP and houses over 16% of the population.

Today the three biggest tech companies Google, Facebook, and Microsoft all have or plan on investing in massive retail and research projects in Africa.  This shows the growing interest in Africa as a leader in technology.

The Google AI lab, located in Ghana, is Google’s leading research center on AI development. Facebook plans on locating its offices in Nigeria and installing over 37,000 kilometers of underwater internet cable around the entire continent.  Microsoft has two centers in Kenya dedicated to AI development and lab research

Technology is one of the leading industries in Africa and it is pushing the continent to see double-digit growth in the economy throughout the next decade.  Having more entrepreneurs per capita than any other continent, Africa is on the cutting edge of innovation in every industry.

By 2025, over 65% of all African households will be middle class.  They have an estimated GDP growth of 4.5 trillion and over half of the population will live in established cities.  Not only will they excel economically, but Africa already excels in diversity and inclusion with over 27% of all entrepreneurs being female.

With upcoming innovations in industries like agriculture, healthcare, education, energy, and finance it would be a grave error to consider Africa a “third world country.”  Instead, more momentum needs to be made in investing and supporting Africa on its journey to economic excellence.