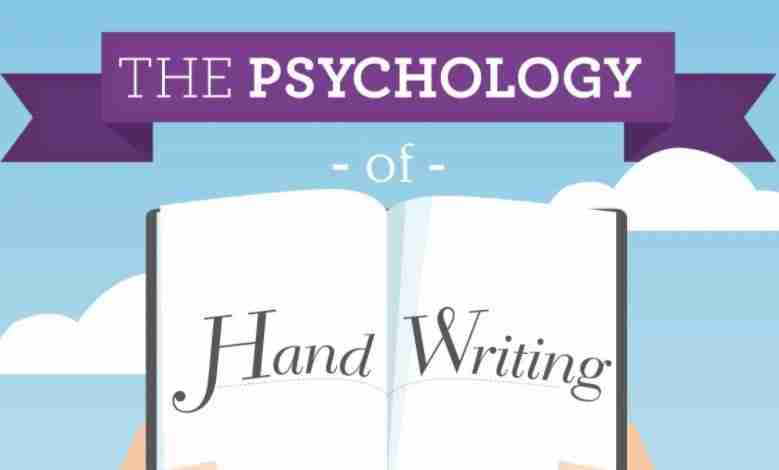 While handwriting psychology may be controversial, it’s also fascinating – Discover how your style of writing might reflect who you are!

The science of analyzing handwriting styles for personality traits is called graphology, and this practice has been around since the days of Aristotle. Today, it’s used for many purposes, such as understanding health and criminal investigations. There are even employers who use it to screen for compatibility among potential employees. The following information will take an in-depth look at handwriting psychology and everything you need to know.

Does your handwriting reveal personality traits? Though it’s controversial, some say yes.

What Is The Psychology Of Handwriting?

The psychology of handwriting is known as graphology. Even though we’re all taught to write a certain way in school, there’s no evidence that people continue to write the exact way they learned, so everyone’s handwriting is unique to the person. In fact, it’s shown that as soon as someone learns to write, they gradually begin to alter the sizes and shapes of letters according to their own likes and dislikes.

But why is this? It’s because our personalities affect the development of handwriting. Since handwriting represents a pattern of our psychology expressed through symbols on a page, these symbols are as unique as a person’s DNA.

Just think, you can learn someone’s script well enough to recognize who it belongs to, just as if it were a photograph or well-known piece of art. And this book that will allow you to go much deeper with handwriting analysis. Hence, graphology is based on the premise that every person’s handwriting is a character of its own.

Can Handwriting Tell Your Personality?

According to graphologists, there is little information you can’t tell by analyzing a person’s handwriting, from physiological conditions such as schizophrenia and high blood pressure to personality traits like aggression and dominance. If you can write, a graphologist can analyze your personality.

They use factors such as the spacing of your words and the size of your letter to reveal details about you. Let’s take a look at some common handwriting features that are used to learn more about a person’s personality:

Letter size generally reveals whether you are outgoing or shy. So, when comparing the size of letters to lined sheets of paper, if the letters are tiny and do not touch the top line, it’s a good indication that you are introverted and timid.

Alternatively, large letters that go over the top line tend to represent that you are attention-seeking, confident, and outgoing.

Studies have shown that those who space their words widely prefer independence and freedom, whereas choosing to write with little space between words can show that you like to be around other people and prefer not to be alone.

The dot on your i’s or lack thereof can tell a lot about your personality. If you place the dot high above the letter, it means you are imaginative, but you like to procrastinate if you put it to the left.

Those who use a circle rather than a dot possess childlike qualities, and if you put a dash, you may be overly critical. A dot written firmly above the letter can signify someone who is emphatic and organized.

Graphologists also use the length of the cross on a T. They’ve found that people who use shorter crosses are lazy, and those who use longer crosses are enthusiastic and determined.

Applying heavy pressure when writing with a pencil or pen shows that a person is committed. Yet, when the pressure is extremely heavy, it can reveal uptight qualities. On the other hand, those who apply light pressure tend to possess empathy and are sensitive.

Did you know your signature also says a lot about who you are? It’s said that if you sign illegibly, then you are closed and private. Whereas if you have a legible signature, you have self-confidence.

How Is Handwriting Analysis Used?

As we mentioned, handwriting analysis is used in many different applications. Here are the most common:

Forensic graphology is used in criminology and can link a person to crime scene evidence. After a handwriting sample is taken from the suspect, it is compared to evidence such as messages, notes, or signatures left at the crime scene.

Graphology can be used in the medical field to study handwriting for signs of illnesses that attack the nervous system and brain.

Though this is a lesser-used technique, handwriting analysis can be used in therapy to assess the personality traits of patients.

Another rarely used application is in business. Some employers include handwriting as part of an interview or pre-employment test to determine if a candidate matches a specific position.

Some people incorrectly use the term handwriting analysis to describe a forensic examination of a document. This is a process that’s been controversial for over a century.

Though some supporters try to prove anecdotal evidence of positive testimonials as a reason to use handwriting analysis for personality evaluation, studies have failed to verify the validity claimed by supporters. For this reason, the practice is not widely relied upon or used.

What Does Psychology Say About Bad Handwriting?

According to the psychology of handwriting, bad handwriting is complex and can actually mean many things. For starters, it can show that a person carries a great deal of emotional baggage. Additionally, bad writers may lack stability, have a bad temper, or be emotionally volatile. Some even say that when someone is terrible at handwriting, it can signify hostility, cruelty, or even aggressiveness. This became a thought due to people like Jack The Ripper, who had awful writing, but most agree these are extreme cases.

More commonly, sloppy handwriting shows that a person is insecure and has low self-esteem but can also show self-governance and a desire to be judged as an individual rather than conforming to a standard way of doing things.

But, don’t worry if you have lousy handwriting, there are some consolations. It’s thought that people who don’t care to write neatly are independent thinkers and don’t care to fit in with society’s expectations. Much the same, it can show that a person is creative since many journalists and authors have handwriting that goes in every direction. Other experts think that people with irregular handwriting are eccentric, which was the case with the famed violinist Paganini. He was known for being creative and odd, so he fits into both categories.

So, having bad handwriting doesn’t mean you’re different in a negative way; quite the contrary! Think of famous people such as Beethoven and Freud. Both of these men had ghastly writing but were imaginative and creative.

How Do You Analyze Personality Handwriting?

First and foremost, always remember that handwriting interpretation is up to the person doing the interpreting. While there probably is truth to analyzing a person’s handwriting, if you’re not an expert, don’t take your interpretations too seriously. Instead, try graphology to have fun! With that being said, here are some steps you can take to analyze personality handwriting:

Get A Good Handwriting Sample

If possible, ask the person for a cursive writing sample on paper that’s unlined, because cursive writing on this type of paper is easier to analyze than print writing on lined paper. What’s even better is if you can obtain several samples that are spaced a few hours apart. Handwriting can change with circumstance and mood, so one sample may not be as accurate.

If you’ve seen many types of handwriting, then you already know that some people press down hard with the writing instrument while others use a lighter touch. This is evident in how dark the writing appears on the front and back of the paper. This is how to analyze pressure:

When analyzing the handwriting, pay special attention to looped letters such as h, b, or d. Cursive writing, in particular, tends to slant to the right or the left. Here’s what the slants mean (but they may not always apply to left-handed writers):

Check Out The Baseline

This is one of the more accurate steps when dealing with unlined paper because most people do not write in a straight line. So, once you’ve received the writing sample, lay a ruler across the paper and compare the writing angle. Here are some ways to determine what the baseline can mean:

How big are the letters? Big letters mean a person is an extrovert and is outgoing, while smaller letters show someone who’s thrifty, reclusive, or introverted.

Next, check out the spacing between the person’s words and letters. Are their letters cramped or placed close together? If so, your friend may be introverted or self-conscious. Instead, letters that are widely spaced may mean the person is independent and generous.

Graphologists also analyze the gaps between words. The closer the words are together, the more the writer likes crowds of people. Though other people suggest that when words are further apart, it means thoughts are organized and clearer.

How Are Letters Strung Together?

Cursive writing is also better for handwriting samples because it allows you to look at how the letters are strung together. While graphologists don’t always agree on these, here are some possible interpretations:

How To Become A Handwriting Expert?

Unfortunately, there is no specific degree that allows you to become a handwriting psychology expert. However, there are some things you can do:

In the end, you don’t have to be a professional graphologist to try analyzing your friends’ and family’s handwriting. It just takes a bit of research and the understanding that you’re only doing it for fun. Before we go, here are some fun facts that may interest you:

What do you think? Be sure to leave a comment before you go!

1 thought on “Handwriting Psychology – You Are What You Write”