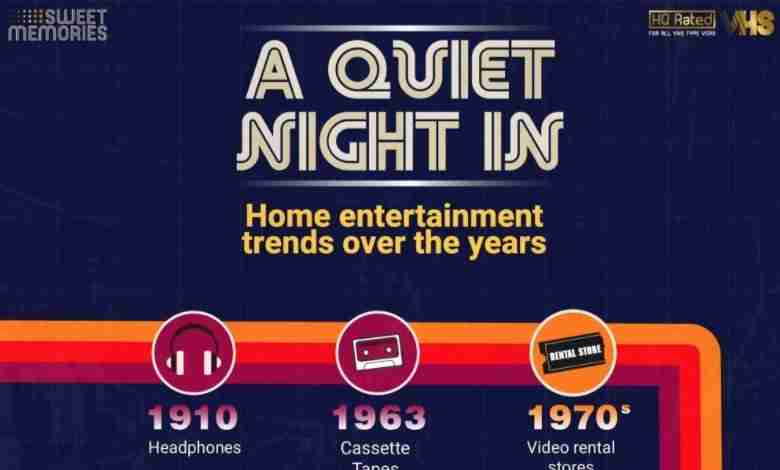 Thirty-six years since the opening of the first Blockbuster store in Texas, we are also sitting on the 11-year anniversary of the home entertainment giant going bankrupt. It’s ironic timing, given how many hundreds of hours have no doubt been spent watching movies as the world goes in and out of pandemic lockdowns over the past 18 months.

To note the timeline of home entertainment events, Compare the Market has created an infographic that takes viewers to the past of winding videocassettes, wandering the aisles of video rental stores, and downloading music onto iPod Nanos.

With the introduction of headphones in 1910 and cassette tapes in 1963, video rental stores really began operation during the 1970s and 80s as the cost of movie tickets rose. Within these stores, there was a natural evolution of films from Betamax and VHS in the earlier days to DVDs and Bluray in the 2000s.

As for music, Compact Disks (CDs) started turning in the 1980s, followed by MP3 in 1990. Napster took off in the late 1990s and things really kicked into gear in the early 2000s with the launch of iTunes and Pandora. From there, music streaming rapidly grew.

One of the latest trends to hit home-screens is the digital release of new movies, in particular, those initially intended for the cinema. Spurred on by COVID-19 lockdowns, movies such as Trolls World Tour went straight to digital rental and proved to be a huge success in just the first few weeks that it was available.