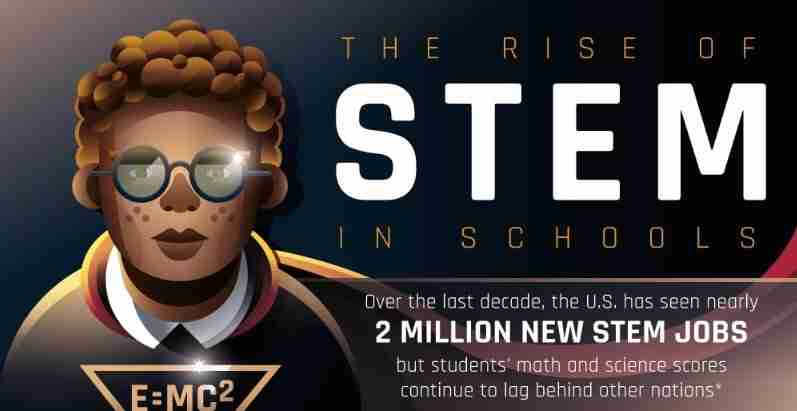 Why is STEM education suddenly so important? During the Cold War the government went to Universities and recruited students to work in engineering and science fields, but it wasn’t enough to keep the United States competitive. By the 1990s, more than half of patents granted in the United States had been given to foreign companies or individuals. That’s when business leaders, government officials, and educators began to realize that the emphasis on education in the fields of science, engineering, technology, and mathematics needed to take place earlier, starting in Elementary school.

The shift toward STEM education finally began in 2005, and today we are starting to see the first graduates who went through their entire educations with an emphasis on STEM. It took a while to make the switch because of a lack of qualified educators, but today three in four college students is majoring in STEM related fields and 86% of high school students say they plan to pursue STEM education after graduation.