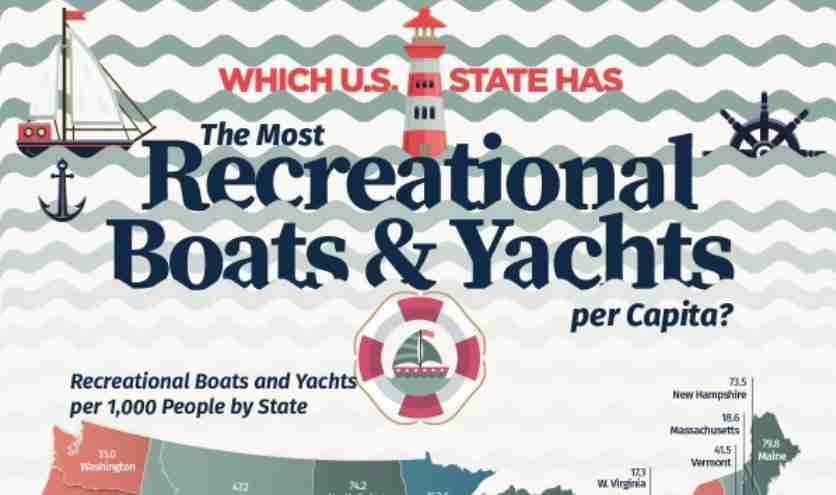 “From sea to shining sea” indeed – America’s enthusiasm and dedication to boating and yachting is unparalleled. Approximately 100 million Americans enjoy boating each year, and in 2020, annual sales of boats and marine products and services reached an awe-inspiring $49.3 billion!

So what state leads the fleet as far as recreational boats and yachts per capita? That would be Minnesota, which has an impressive 143.6 per 1,000 people. That means that about one in size Minnesotans own a boat! Why does Minnesota have so many boats?

Minnesota is bejeweled with 11,842 lakes, so there is a delightful abundance of open waters to explore and enjoy. It is also home to Lake Superior, which is the biggest freshwater lake in the United States and the largest lake by surface area in the world.

Lake Superior boating is a marvel to experience because the average underwater visibility is 27 feet, making it the clearest and cleanest of all the Great Lakes.

While Minnesota has the most boats per capita, Florida has the most registered boats and yachts used for recreation with 8.1% of all registrations in the United States. How many boats does the state of Florida have?