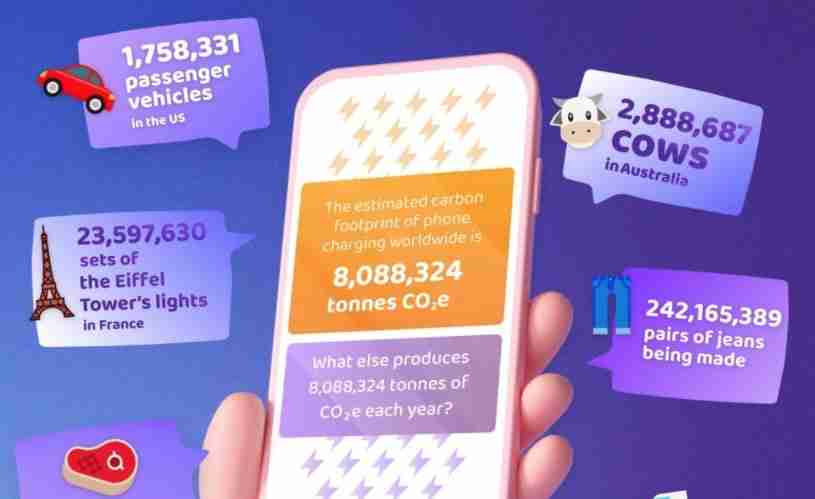 In a unique data compilation by Australian company Compare the Market, the combined carbon footprint of charging all the mobile phones in the world has been revealed.

The results were determined through an analysis of energy usage and subsequent carbon emissions for phone users globally and runs on the assumption that all phone users charge their mobile phones for one hour each day.

By using these figures, the carbon dioxide equivalent (CO2e) was determined to be approximately 8,088,324 tonnes per year. That is equivalent to nearly two billion passengers travelling on a bullet train in Japan, among other alternative activities.

There are a number of elements that influence an activity’s carbon footprint, which refers to the emission of greenhouse gases including methane, carbon dioxide and nitrous oxide. There is some consensus among scientists that greenhouse gas concentrations create complex shifts in climate change.

To showcase just how much of an impact phones can make on the environment, Compare the Market also compared this figure to activities ranging from driving cars to feeding people.

For example, the manufacturing and production process of making more than 242 million pairs of jeans produces the same carbon footprint as charging all the phones in the world for a year.

For more information on the carbon footprint of phone charging including the full methodology and how calculations were made, visit comparethemarket.com.au

Further reading: The Dangers of Using Your Phone as an Alarm Clock