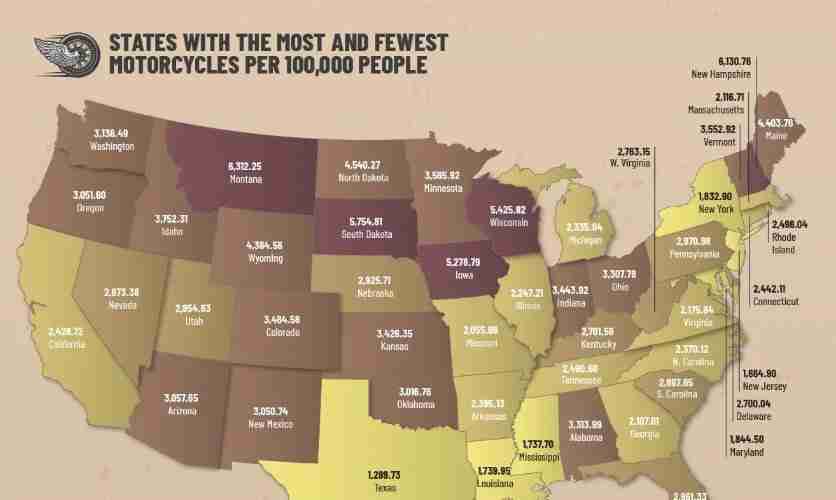 There is nothing quite like the freedom you get on top of a motorcycle. On two wheels the world just seems to go by at a more enjoyable pace. Heading down a long windy back road on a bike can calm stress and clear your mind. And with gas at an all time high a motorcycle is a cost efficient way to get to where you need to go.

The origins of the motorcycle can be traced back to the year 1867 when an inventor by the name of Sylvester Roper developed a steam engine bike that could get up to 40 mph. Although the idea almost died with him when he had a heart attack and died while riding his invention in 1896.

It wasn’t until right before the 20th century that the two wheeled vehicles really started gaining traction. Motorcycle companies that should sound familiar like Triumph, Indian and Harley-Davidson started producing bikes in mass around 1905.

During World War I Harley Davidson was also in charge of producing tens of thousands of motorcycles for use in the war. The Harley V-Twin design that started their foundation is still one of the most popular sellers today. In 2018 there were 8,305,171 motorcycles registered in the US.

Thanks to this map from the team at Titlemax we can see the U.S. States With the Most Motorcycles.

Going by motorcycle registrations per 100,000 people, the state of Montana comes out on top with more than 68,000 motorcycles registered to riders. Montana is said to be where the sky meets the ground, and there are endless beautiful open roads to ride until your heart’s content.

Second on the list is the Live Free or Die state of New Hampshire with 84,453 total registrations. Neither of these top states have a helmet law however it is always advised to protect your melon with a helmet when you are on any two wheeled vehicle on the road.