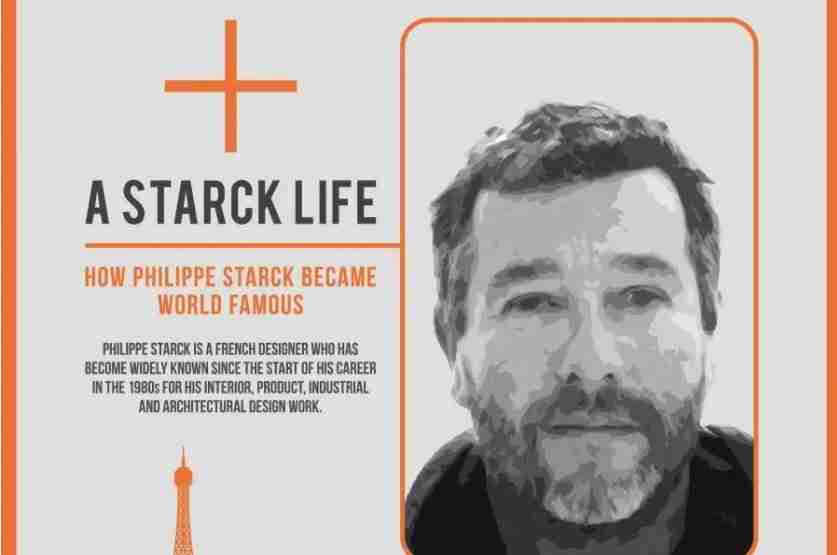 Philippe Starck is a world famous interior designer, product designer and architect. Influenced by his father, previously a aeronautical engineer, Starck beat down all obstacles and achieved success through inspirational designs that will be remembered for decades to come.

Starck was born on January 18, 1949 in Paris, France. He has been renowned as an interior designer, product designer and architect since the 1970s. His designs have often been quirky and different, he has been known to create items such as a balloon sofa, a TV with a bird with a mohawk on top and an ice cream cone chair.

He is also the founder of the label, Starck Design. His innovative lifestyle creations have been recognized globally. His work has been featured in design magazines, museums and exhibitions, and he has been awarded multiple prizes.

Want to be inspired by one of the most influential designers in the world? Check out these 20 surprising facts about Philippe Starck.