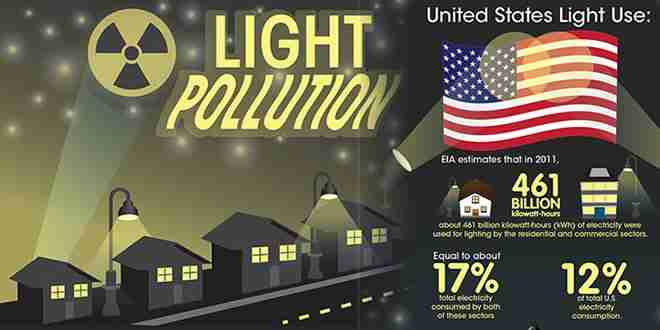 What is Light Pollution? It refers to the various ways in which unnatural light can negatively impact our natural environment.

There are four light pollution components

The effect of too much artificial light

Urban glow casts an unnatural light over towns and cities, leading nocturnal animals to become disoriented. Workers exposed to an overabundance of nighttime light. For example, those on night or swing shifts, tend to be exposed to increased risks for sleep disorders and cancer.

Glare and light clutter coming from city lights during sleep can lead to an interruption in the human circadian rhythms. As an illustration, this kind of disruption can have numerous negative consequences, including insomnia and depression.

3 thoughts on “What is Light Pollution? (Infographic)”