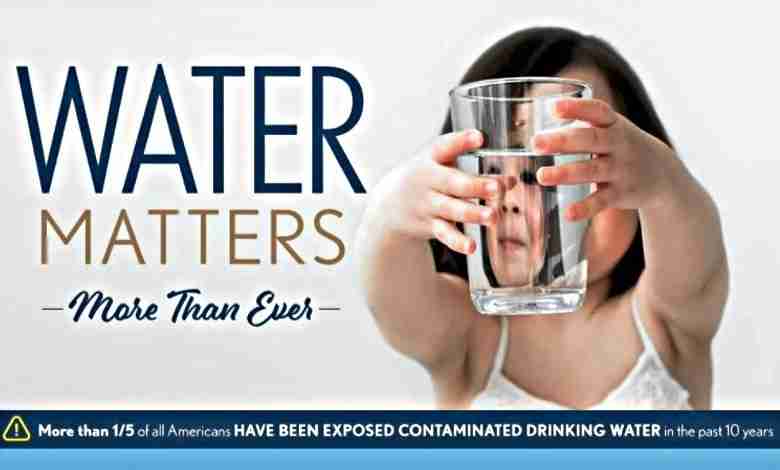 Water is life! Water is the most important resource on the planet. Humans use it for so many activities in daily life, from cooking to cleaning to drinking. While over 70% of the Earth’s surface is covered in water, usable water is actually quite rare. Less than 0.5% of the Earth’s water is fresh and available for consumption. To put that number into perspective, that means there is half a teaspoon of consumable water for every 26 gallons of other water on the planet.

The United States uses 322 billion gallons of water every day. That’s 82 gallons for the average American! Energy production, food production, and drinking are the 3 most common uses for water, accounting for 94% of the US water supply. All aspects of life impact US water usage, from climate change to health, money, technology, and design.

Climate change is making the scarce resource of usable water even scarcer. Due to changes in temperature, water loss is expected to rise from 12% in 2005 to 41% in 2060. Rising sea levels are compromising freshwater resources with salt deposits.  Higher temperature water grows bacteria faster than cold water. Rain and evaporation patterns are growing less certain over time, meaning 1 in 4 children will live in water stressed areas by 2040.

Proper watershed management is vital to the protection of people, plants, and animals. In some places along the Western US, reducing at-home water consumption has the chance to save the lives of many endangered species. Among the list of endangered creatures is the famous grizzly bear.

What is the danger of contaminated water? Water picks up a wide variety of contaminants in its journey from the watershed to the human body. Said contaminants include pesticides, heavy metals, and fluorides. Contaminated water spreads many awful diseases, from dysentery to cholera. More than 21 million Americans drink water that violates US health standards, many without knowing the danger. Every year in the US, water borne diseases cause over 7 million illnesses and more than 6,600 deaths. The healthcare costs associated with these diseases is $3.3 billion.

Water and the Economy

Drinking water is not only crucial to human health. It’s also important to the economy. Basic water and sanitation generate $18.5 billion in revenue. For every $1 spent on clean water, the US sees a $4 return on investment from lower health costs, higher daily productivity, and fewer premature deaths. Ensuring everyone has access to clean drinking water would provide enormous economic benefits to the nation.

Water consumption doesn’t only happen in households, however. Corporate water consumption accounts for more than 5% of the total US water supply. Just a few big tech companies require an enormous amount of water consumption to keep their operations running. Google alone needs 15.79 billion liters of water. Microsoft and Facebook also run up large water bills, at 3.5 billion and 3.7 billion liters, respectively. Our world consumes 6 times the amount of water it did 100 years ago, mainly due to technology. Many of our favorite products, like cars, require thousands of gallons of water to produce.

Yet while technology does demand a lot from our planet’s most precious resource, technology can also be used to create water innovations. Water pollution abatement is necessary for health if reserves continue to be threatened.

Data collection and storage may need water to keep the servers cool, but analyzing the data can also drive innovation. Vapor condensation is another promising tool for capturing water where it is needed most.