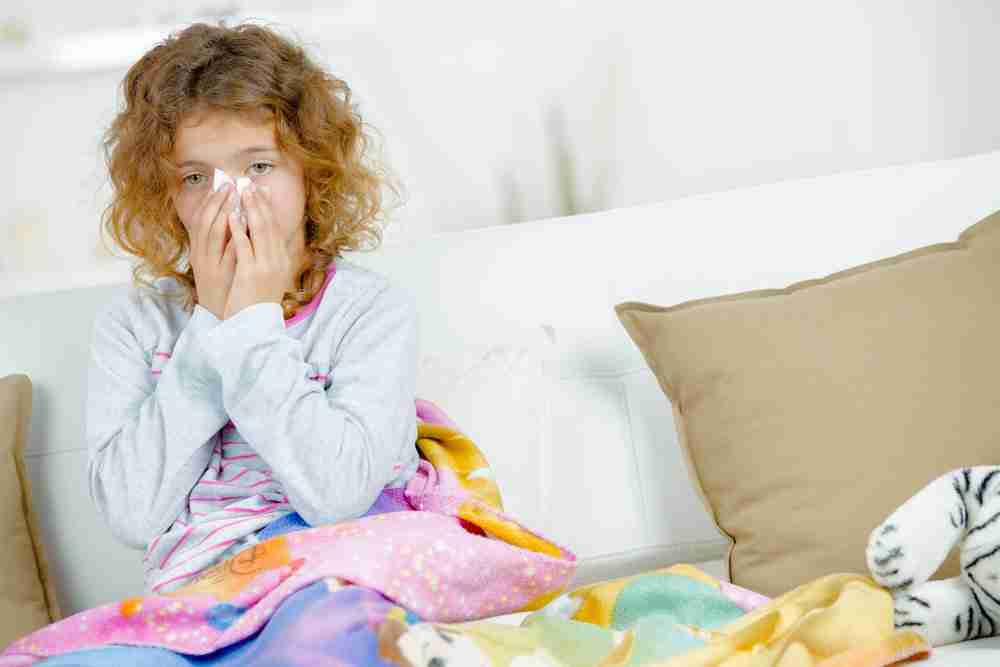 Getting sick or injured is a natural part of growing up. A child’s immune system has not encountered as many germs as an adult, which leads to them getting sick more frequently. As a parent, it can be worrisome to know that your kid is not feeling well, but the good news is that most times, it’s an infection or illness that’s common in children. In fact, most are generally harmless and can be treated at home. Yet still, it’s essential to know what infections and illnesses are common in childhood, as this will help you identify uncommon conditions in your children more quickly.

What Diseases Can Be Spread In The School?

When it comes to kid sickness, there are 10 common illnesses that are easily spread in schools. These infections and diseases include:

More commonly, gastroenteritis – the stomach flu, is viral and spreads quickly. Symptoms caused by this virus are usually easy to identify and include diarrhea, nausea, and vomiting. Yet, despite its name, the virus strains that lead to stomach illness are not always influenza. Most cases pass within a few days, given that the child receives plenty of rest and fluids.

The common cold is among the most common illnesses spread among children in schools. These viruses spread quickly in these environments because they are spread through close contact, and while colds are common, we do not currently have cures for them. Most doctors suggest that you treat symptoms such as headaches, fever, and muscle aches with ibuprofen or acetaminophen.

Pink eye is also known as conjunctivitis and presents with symptoms including redness of the eye, itchiness, discharge, and swelling. The cause can vary, as conjunctivitis comes from both viruses and bacteria. Therefore, it’s always best to see the doctor for pink eye so they can prescribe the correct type of eye drops or ointment.

Strep throat is caused by Streptococcus pyogenes, a bacteria that lives in the throat and nose. Symptoms from this illness include swollen tonsils, fever, sore throat, and stomach pain. Strep throat has to be treated with antibiotics and requires a test for confirmation, so a trip to the doctor is necessary.

Hand, foot, and mouth disease can affect children and adults of all ages, but young ones under the age of five are at the highest risk of catching it. This disease is very infectious and is marked by sore throat, fever, tongue and mouth ulcers, and a rash or blisters on the feet, hands, and mouth. Most people who are infected also experience loss of appetite and lethargy. Since this illness is so contagious, it’s recommended to keep anyone infected with it isolated to prevent it from spreading through the entire family. The treatment for HFMD is usually pain relief, hydration, and plenty of rest.

Influenza, or simply the flu, is a virus that’s spread through water droplets in the air from sneezing and coughing. The most common symptoms include sore throat, fever, chills, body aches, loss of appetite, and fatigue. Most cases are mild enough that home treatment such as pain management, fluids, and rest usually does the trick. However, when severe or worsening symptoms are present, a doctor or emergency room visit is a great idea. Also, keep in mind that the best way to prevent you and your family from getting a severe case of this kid sickness is by getting vaccinated.

Head lice are tiny parasites that reside in the hair and feed on blood from the scalp. They then lay eggs (nits) on hair shafts near the scalp and keep populating. This is a common sickness in children because they are spread very easily from person to person. Though they are not dangerous, they cause extreme itchiness of the scalp and can lead to small sores or bumps. There’s no need to see a doctor for head lice, but you will need to treat all infected people with medicated shampoo and be very vigilant about washing all clothing and bedding.

Mononucleosis, mono, or “the kissing disease,” is spread through contact with infected saliva. It’s caused by the Epstein-Barr virus and spreads rapidly if you come into contact with someone who has it. Mono is usually spread through kissing, sneezing, and coughing, and since kissing is one of the main ways it’s spread – it is a common illness in older children. Symptoms are flu-like and include sore throat, muscle aches, fever, and fatigue. Treatment is generally handled at home and includes plenty of rest, pain treatment, and fluids.

Meningitis is inflammation in the meninges or the protective membranes covering the spinal cord and brain. This sickness in kids is most common among college-aged children who live in dorms or other communal housing and can be caused by bacteria or viruses. It’s vital to determine what it was caused by, as this will decide its treatment. Viral meningitis is the most common and least serious type.

Hence, it’s essential to make sure your children are vaccinated against this illness, as most schools require it anyway; even if they don’t, it’s a good idea to protect your child.

Thanks to vaccinations, varicella virus or chickenpox rates have been on a steady decline since the 1980s. Though cases still occur, it’s usually in kids who have not been vaccinated. Symptoms include itchy, red, blisters and rash all over the body, sore throat, fever, loss of appetite, headache, and body aches. At this time, there is no medication to treat this common child illness, but you can administer acetaminophen for pain relief, make sure your child gets lots of rest, and use oatmeal baths to relieve the itching.

What Can I Do To Protect My Child?

Each year it’s estimated that the average child gets 8 to 12 common colds per year. While it’s impossible to know if someone is sick in school, as some people have few to no symptoms, there are some things you can do to help protect your child from common diseases. Here are the top three methods for reducing the risk of sickness in children:

In the end, you can expect your children to get sick at least a few times per year. The good news is that as they get older, the rates at which they get sick will begin to decrease. Until then, check out the accompanying infographic, as it’s an excellent resource for teachers and parents to learn what they can do to help prevent the spread of childhood illnesses.

Brought to you by solvhealth.com